Nick Isabella and Miki Vale may seem an unlikely pairing for this month’s cover shoot collaboration – a fitness photographer and hip-hop emcee. But Founder and Editor-in-Chief Arash Afshar had a vision, and the match works like magic.

As Nick sets up a series of light stands, Miki and Kara Ghilarducci hang purple velvet curtains against the back of the stage to darken the room. Kara provides the meditation Mala Beads for today’s shoot and Nick talks through the concept.

“I want to capture Miki in her moment of respite. As an artist, we know that it is art that keeps us sane,” Nick says.  “When I’m in my creative moment, when I know I’m on it – THAT is the feeling I want to recreate.”

"we know, it is art that keeps us sane"

Miki nods. It’s clear that she knows exactly what THAT feeling is; she and Nick are different types of artists, but they both find respite in their art.

Nick’s goal is to capture both the intensity and the quiet beauty of Miki’s performing. He explains the scene: the purple velvet, he says, will look almost black in the shot, because he will contrast it against pops of color – “soft, front light” that will shape the look of the scene and illuminate Miki’s expression.

“Of course,” Nick adds, “this was all just an idea until I walked in. You never know exactly what you are dealing with – but sometimes that’s part of the creative process. You just flow with it.”

Nick is inspired by his collaborators as well. Upon arrival at the cover shoot, he and Miki talk through their art forms, how art becomes a release and how rewarding the response to their work is above all.

“When someone says, ‘that looks amazing,’ that is my litmus test. That is why I’m doing this.” Nick  leans forward, rising on his toes. “The positive response I get gives me energy, and then it is just this upward cycle of energy!”

Miki laughs in appreciation. She, too, speaks of the energy she gets from the crowd’s reaction during a performance. To hear more about audience response to her first play, how it came about, and more, check out our Respite Creator Spotlight. 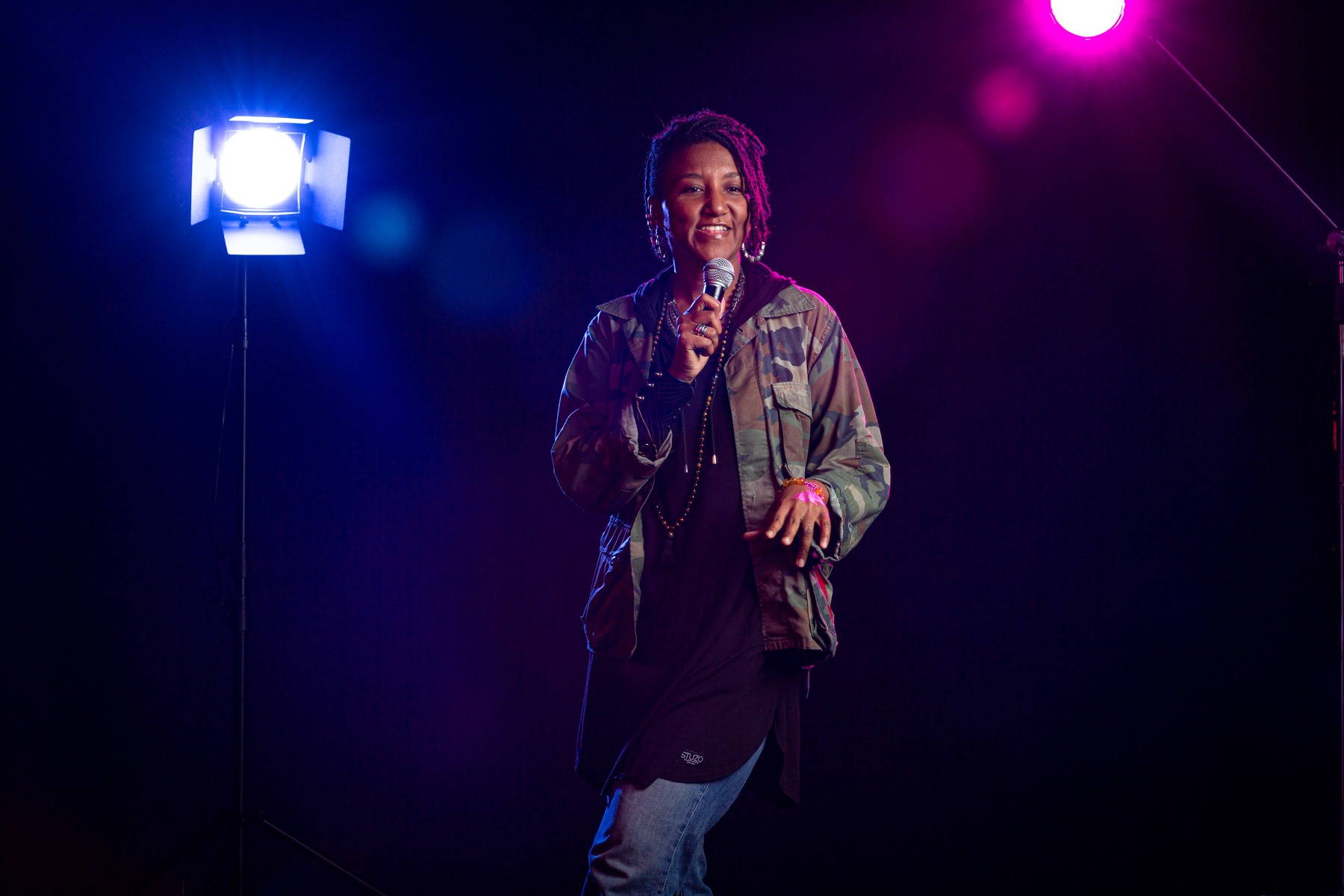 At the end of the cover shoot,
Nick and Miki agree: they are
both exhausted. 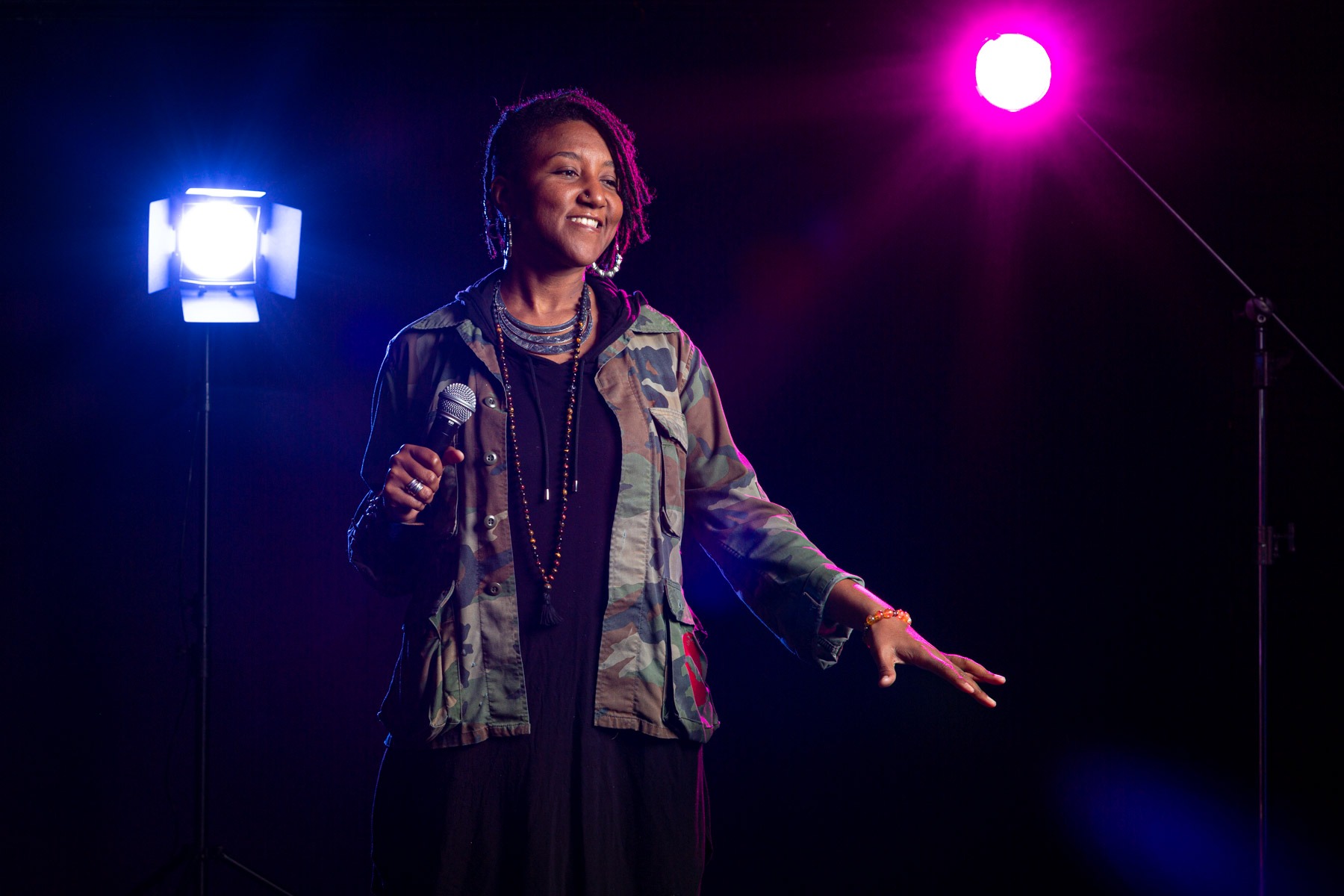 Nick actually enjoys going home
after a shoot, putting on some beats,
and editing. This is the other half of
the creative process. 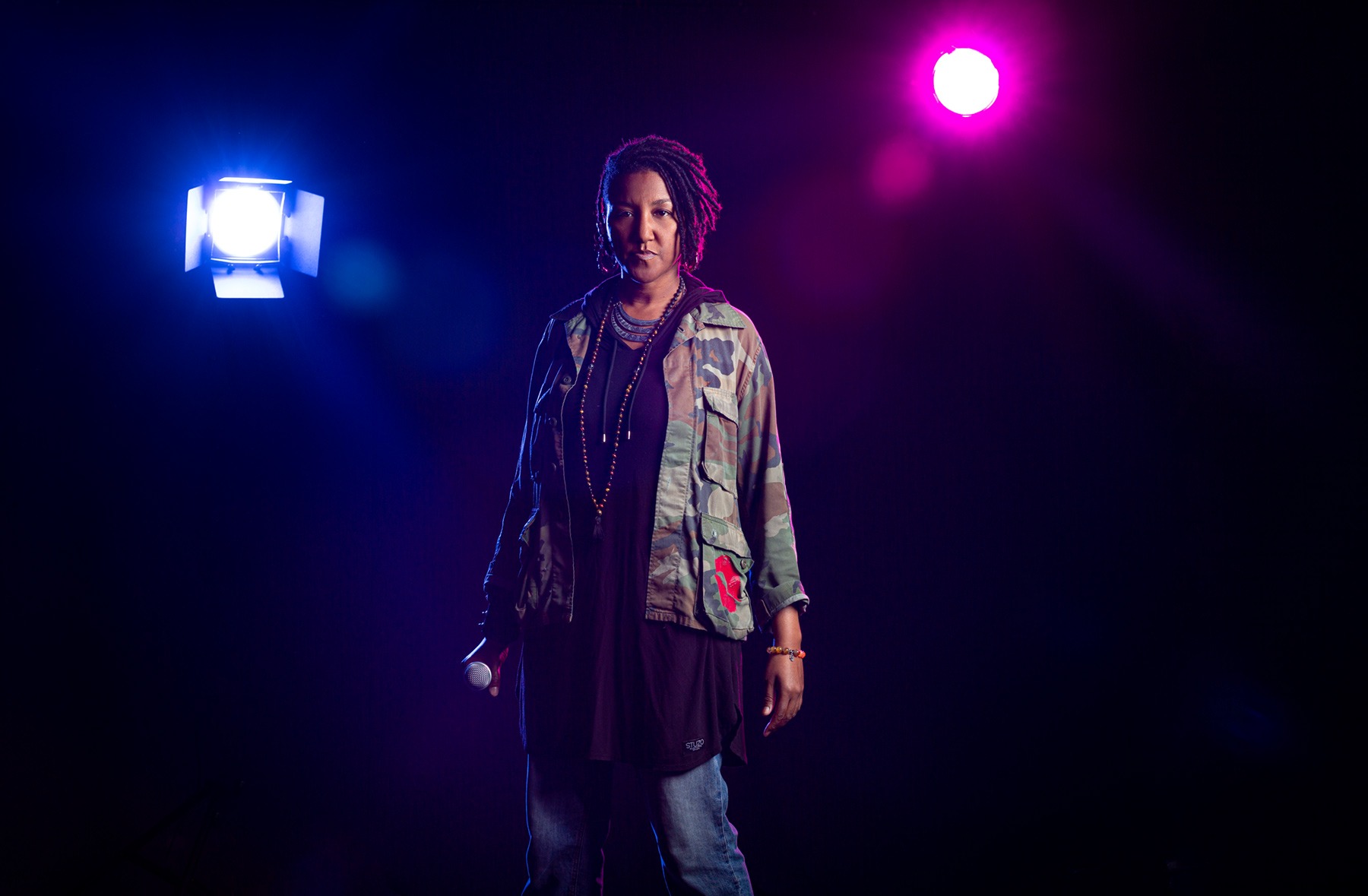 He sits in the dark, alone,
searching for THE shot. 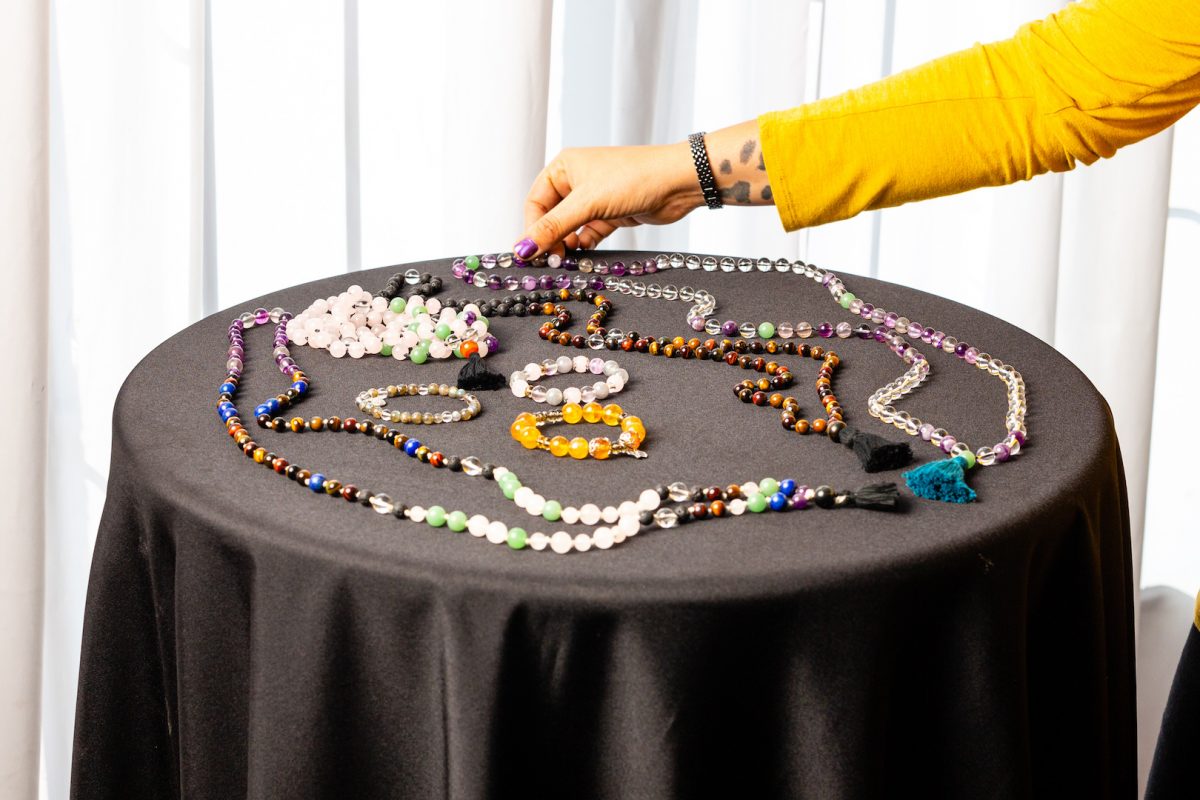 Discover the secrets of our handmade mala prayer beads and the tradition of providing a sense of respite to the wearer by setting your intentions. Available in the Justified Hype Store, hand crafted by Creator Kara Ghilarducci. 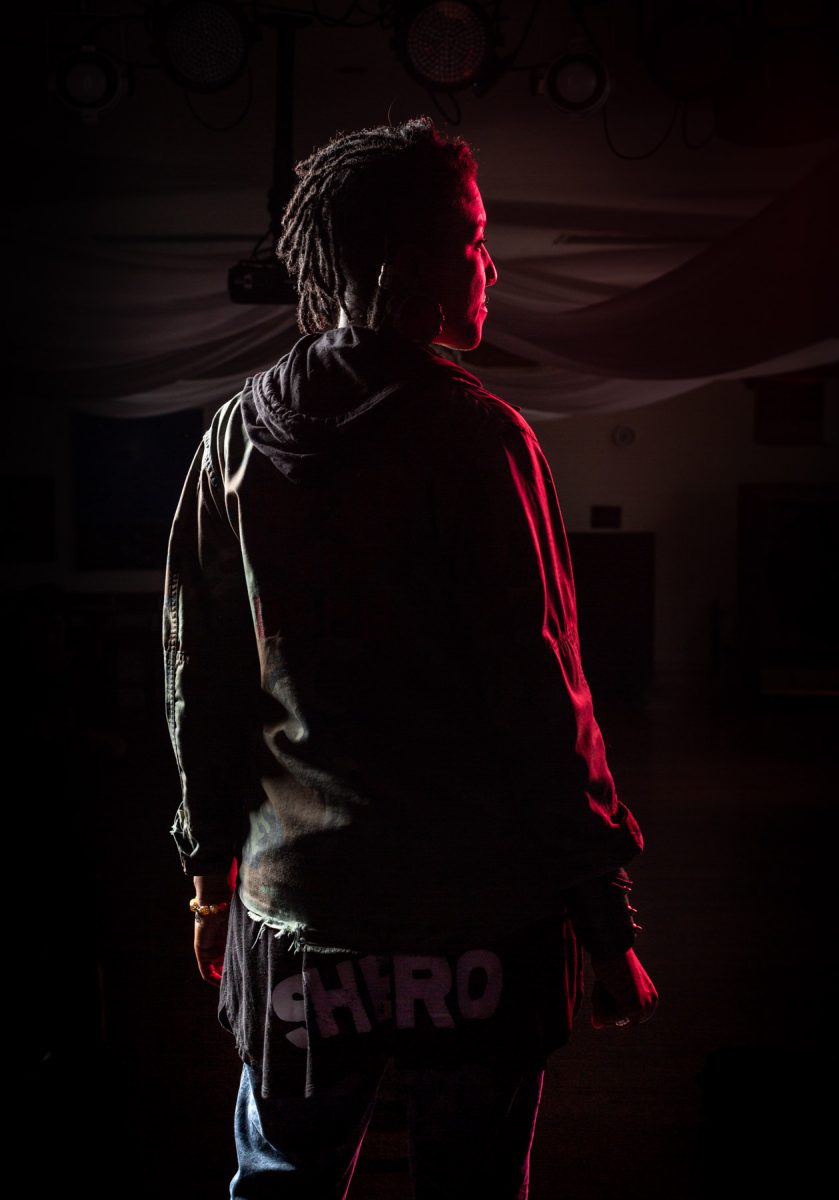 Miki Vale: Home is where

Miki Vale is a hip-hop artist with the heart and drive of an artivist focusing on social and political issues. She loves to create, to share, and to help others create, as well. She is also a poet, a commissioned playwright, and a teacher working with displaced and disconnected populations. Miki talks Respite, and what it means to feel at home. 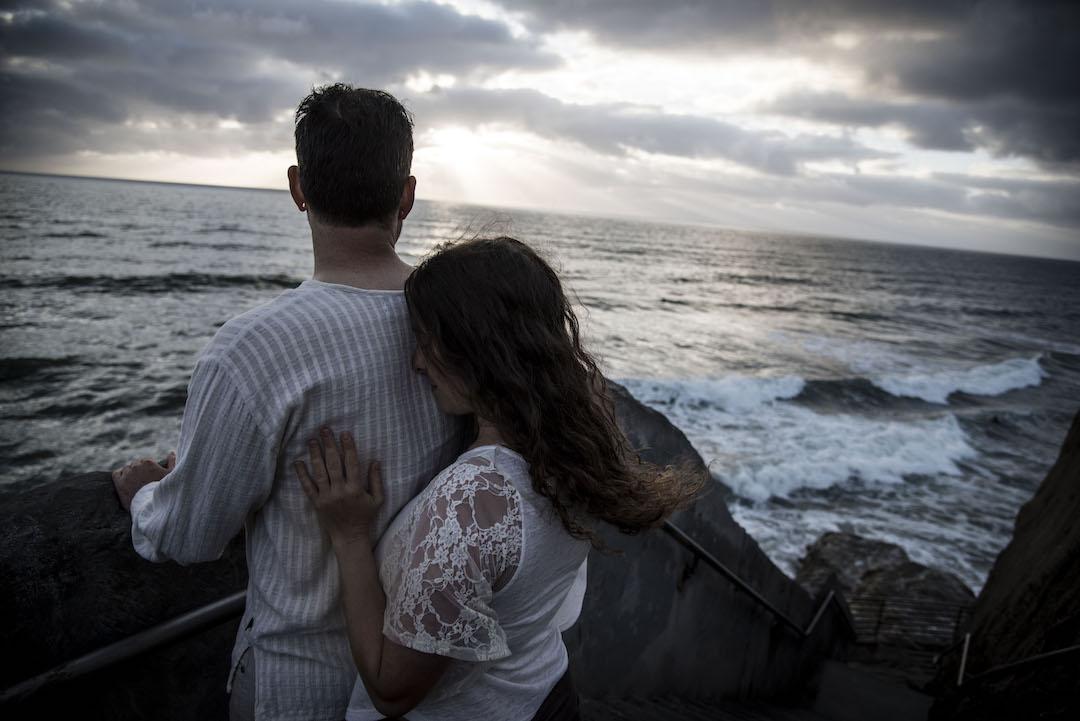 Sarah Cohen takes on a lover while international touring and discovers more than a language barrier when it comes time to say goodbye. Read The Tourist in this installment of #AWalkAmongGods, poetry + photography. Photo by Arash Afshar 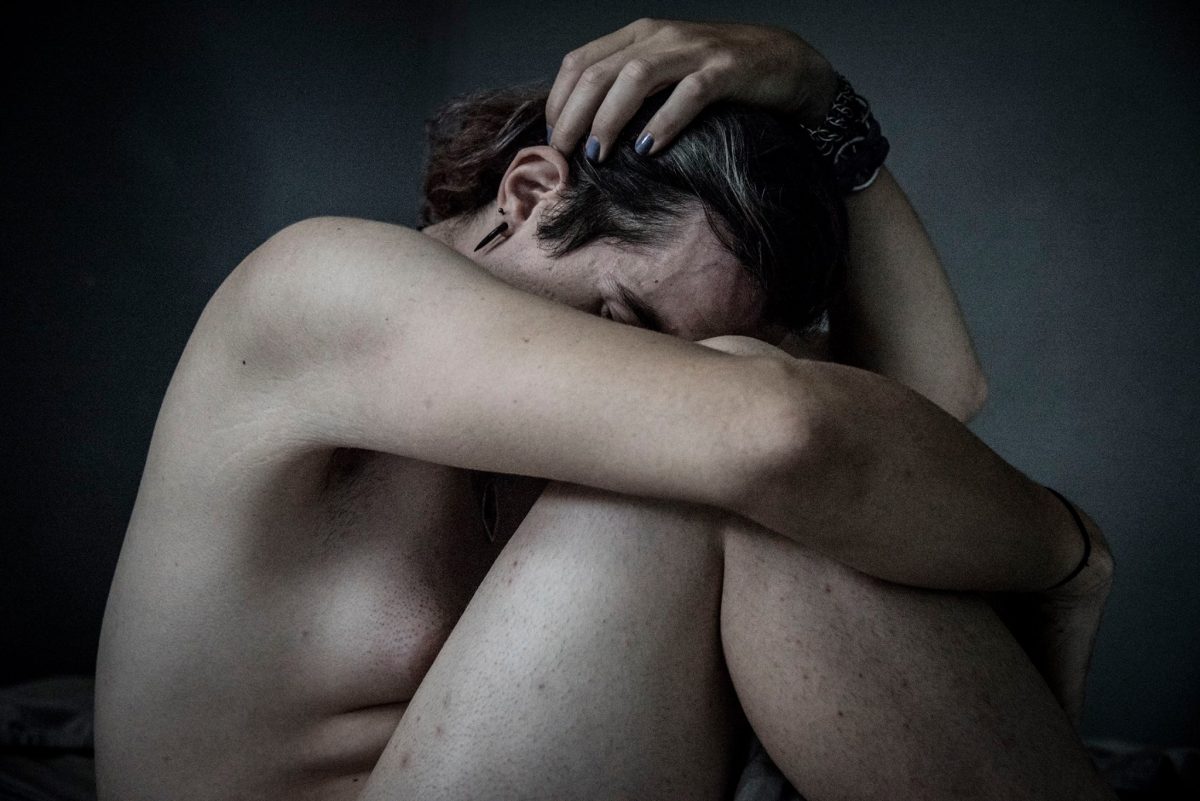 Ada Powers welcomes the process of transitioning from Adam to her new self in My Body. In her exploration she discovers a new love of her body, now growing rounded, soft and feminine. A vulnerable and powerful addition to our Poetry & Photo Series. Accompanying photograph, Arash Afshar.